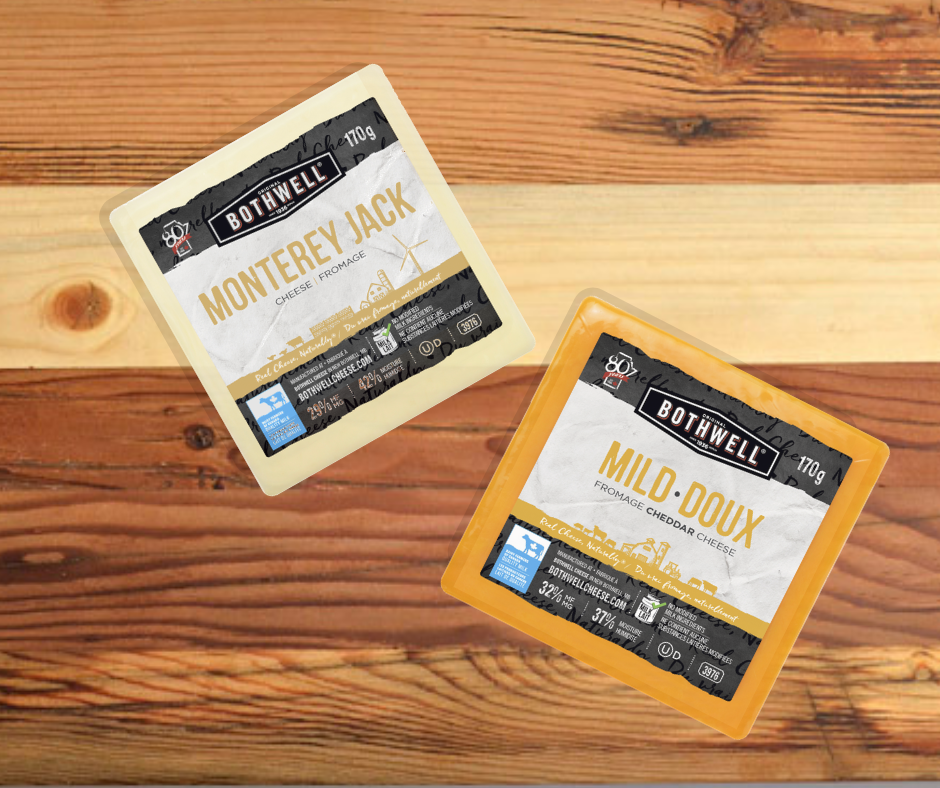 “2016 marks the 80th anniversary of our company and I’m proud to say that Bothwell is still a
cheese that stands out in the industry,” says Bothwell Cheese President Kevin Thomson. “I’m
personally quite pleased with our outcome at this show and that our attention to quality does not
go unnoticed by our peers.”

“This year’s British Empire Cheese Show was exceptionally tough with many new entries in the
speciality class,” says Bothwell Cheese Production Manager Nathan Dueck. “Despite the strong
competition, we placed well in the specialty categories and took home two first place spots. Our
team should be very proud of these accomplishments.”

The British Empire Cheese Show has a long and distinguished history and is presented by the
Central Ontario Cheese Makers Association. For more information visit www.cocma.ca.

Started in New Bothwell, Manitoba in 1936 by a group of local dairy farmers, Bothwell Cheese has grown steadily over the last 80 years from the small dairy cooperative to one of Canada’s largest independently owned cheese manufacturers.

Bothwell Cheese prides itself on providing Canadians with premium cheese made with all-natural ingredients, and 100 per cent pure Canadian milk. The company produces and distributes more than 25 varieties of cheeses in the following categories: Traditional, Flavoured, Smoked, Cheese Curds, Shredded, and Sliced.