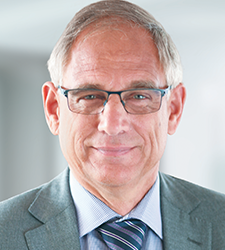 “Wally’s experience compliments our growth plans, and we believe he will play an integral role in the future success of Bothwell Cheese.” says Kevin Thomson, President, Bothwell Cheese. “He shares our beliefs in supporting the Canadian Dairy Industry and family farms and fits well with our culture and family values.”

Wally became involved with the DFC Board of Directors in July 2000 and elected to the Executive Committee in July 2003. In 2005 elected to the International Federation of Agricultural Producers Group on Dairy Products where he served as Vice-Chair from 2008- 2010.

More recently, Wally made the list of Canadian Business’ Most Powerful Business People, at #46 in 2016, following DFC’s lobby in agriculture and trade. The Globe and Mail named him among its ‘Food 53’ group for fighting “to save supply management and win compensation for farmers as a result of recently negotiated free-trade deals.”